A new study published in the Journal of Prosthetic Dentistry has established that Planmeca PlanScan® is the most precise intraoral scanner for sextant scanning – making it an ideal and proven choice for restorative dentistry.

With intraoral scanning becoming increasingly prevalent in the world of dentistry, it is important to differentiate between the available options and evaluate their performance.

In a new in vitro study on scanning accuracy published in the distinguished Journal of Prosthetic Dentistry, Planmeca PlanScan came out on top as the most precise scanner for sextant scanning. This makes it a leading choice for restorative dentistry requiring capturing digital impressions of individual teeth and their neighbouring dentition with true accuracy.

The study in question – titled “Evaluation of the accuracy of 7 digital scanners: An in vitro analysis based on 3-dimensional comparisons” – was conducted by a group of researchers led by DMD Walter Renne. In total, the study evaluated the performance of six intraoral scanners and one laboratory scanner.

The study states as follows:

The abstract of the study can be accessed at the Journal of Prosthetic Dentistry’s website.

Planmeca is releasing another intraoral scanner on the heels of the study on Planmeca PlanScan’s accuracy. Announced at IDS 2017 this past spring, the lightweight Planmeca Emerald™ is another step forward in scanning speed and precision. The new scanner is already available for orders with deliveries expected to start during Q3, 2017. 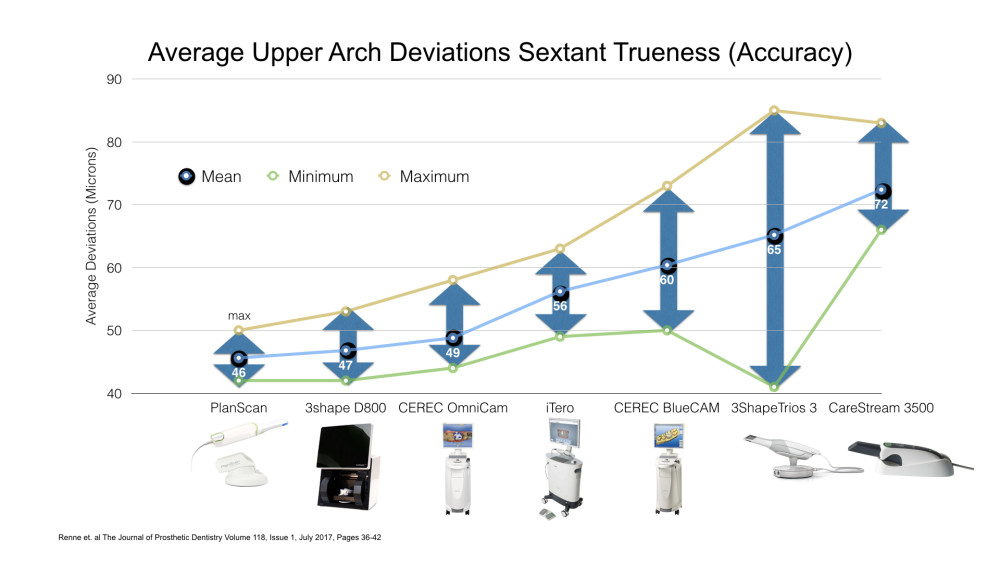