Effective patient assessment is critical to the delivery of high-quality dental care. Patient assessment sometimes extends beyond the boundaries of the oral cavity, thus requiring additional “care” or “consideration” be taken.

One such situation involved a healthy 61-year-old patient who had a history of adamantly resisting routine dental X-rays. His abnormal fear of ionizing radiation, in particular a fear of X-rays is called radiophobia.

During previous routine check-ups the patient had been advised of a possible cyst formation around the retained impacted 3rd molars and the need to monitor them through annual X-rays.

The patient was in the office for a routine check-up on 26 September 2006 and consented to a panoramic X-ray. The X-ray revealed no pathology associated with #32 tooth. The patient was informed of the risk of cyst development associated with the impacted third molar, which would include the possibility of temporary, or permanent damage to inferior alveolar nerve. 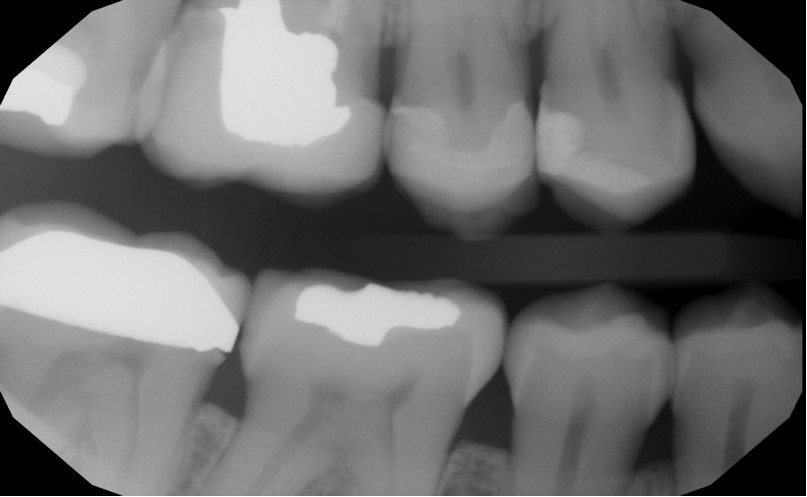 During routine examinations over the next 7 years, periodontal probing revealed no communication from the oral cavity to the impacted wisdom teeth.

The patient agreed to intraoral digital bitewings on 29 April 2013. The scope of this X-ray is limited, as is their size and thickness. At the time these X-rays were taken they provided no diagnostic information about the wisdom teeth. Recalling this patient’s radiophobia, the possibility of doing retakes was not pleasant.


From the expanded regions available via extraoral bitewings X-rays, the cyst around the #32 tooth was discovered. The patient was informed of the need to have the wisdom tooth removed, and the possibility of damage to the inferior alveolar nerve and permanent paresthesia. 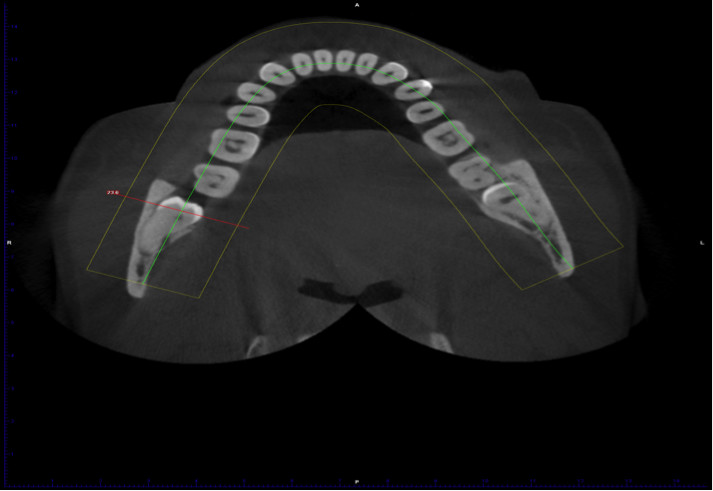 After seeing the large lesion on the extraoral bitewing associated with #32 tooth the patient quickly consented to a 3D CBCT of both lower third molar areas.

Through the use of 3D imaging, the patient had a much better understanding of the complexity of the issue. The coronal view of the #32 tooth shows the involvement of the lesion and the distance from the nerve to the coronal portion of the tooth. 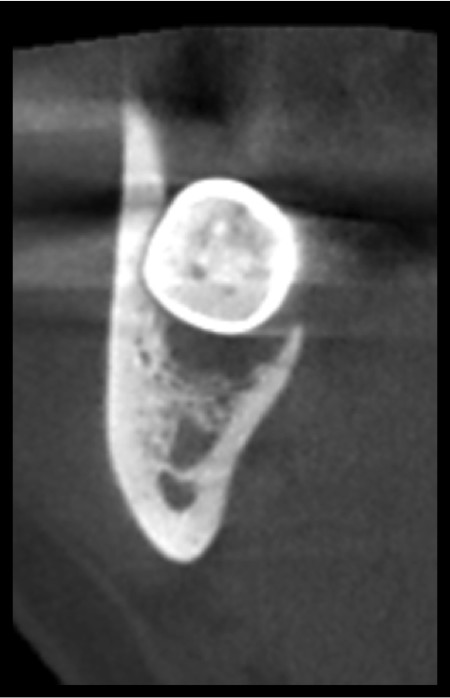 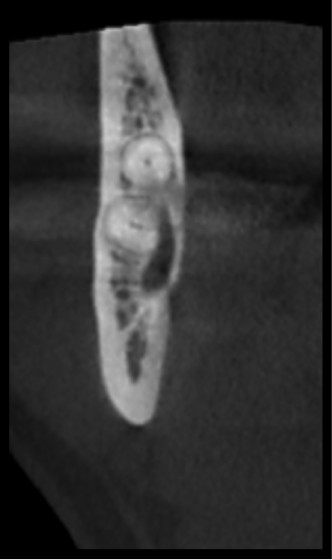 The improved distal slice shows the extremely close proximity (of the lesion) to the mandibular nerve and the apical portion of the root.


The patient and CBCT were referred to an oral surgeon for consultation and removal of the #32 tooth.

Having the access to 2D and 3D radiography in the general dental office provided increased diagnosis capability, treatment acceptance, and ultimately a successful outcome for the patient.

Prior to publication, it must be approved by Planmeca Group.